The members of the Rogue Skies box set were asked to provide a dream cast for their books. This is always tricky because actors are by nature chameleons and they may match the character in one role but not in the next. I therefore put a disclaimer on this assembly–these folks match the characters in this photo. That being said, here we go for Scorpion Dawn and the series that follows: 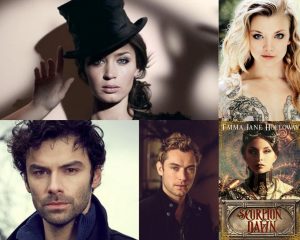 So I had this notion of making character cards for the Orchard series release. In typical fashion, the idea got lost among the daily maelstrom of tasks and duties. However, Rachel Goldsworthy ran with the idea and did such a fabulous job that I had to buckle down and get busy, so here we go.  I give you Haley and Sam from Secret Seed. The fact that they’re looking away from the camera suits them–they’re both excellent at hiding until they’re forced to deal with each other (and themselves) thanks to a haunted car and a long road trip around Corsair’s Cove … 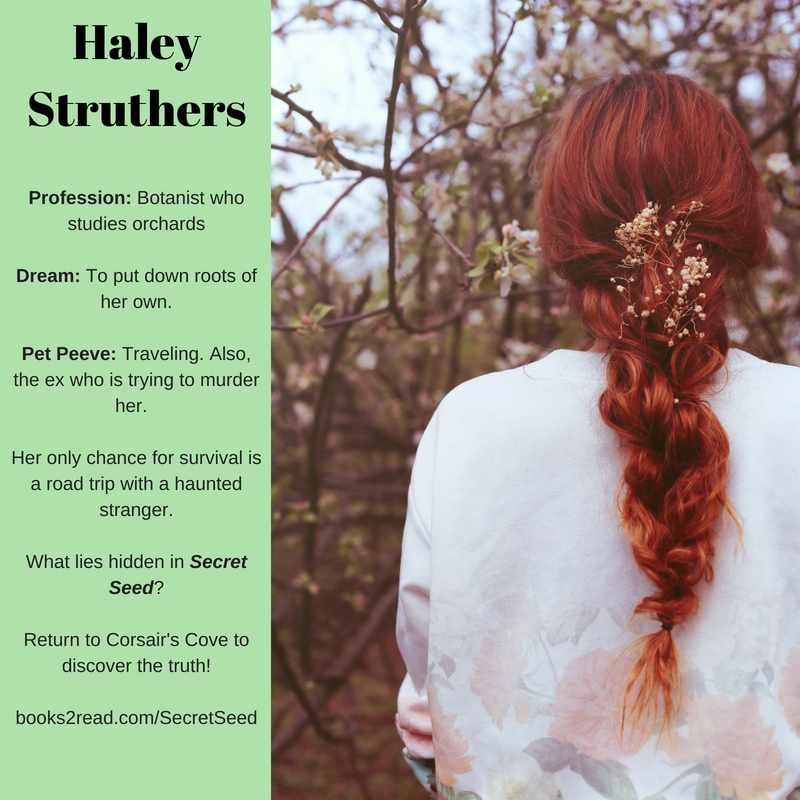 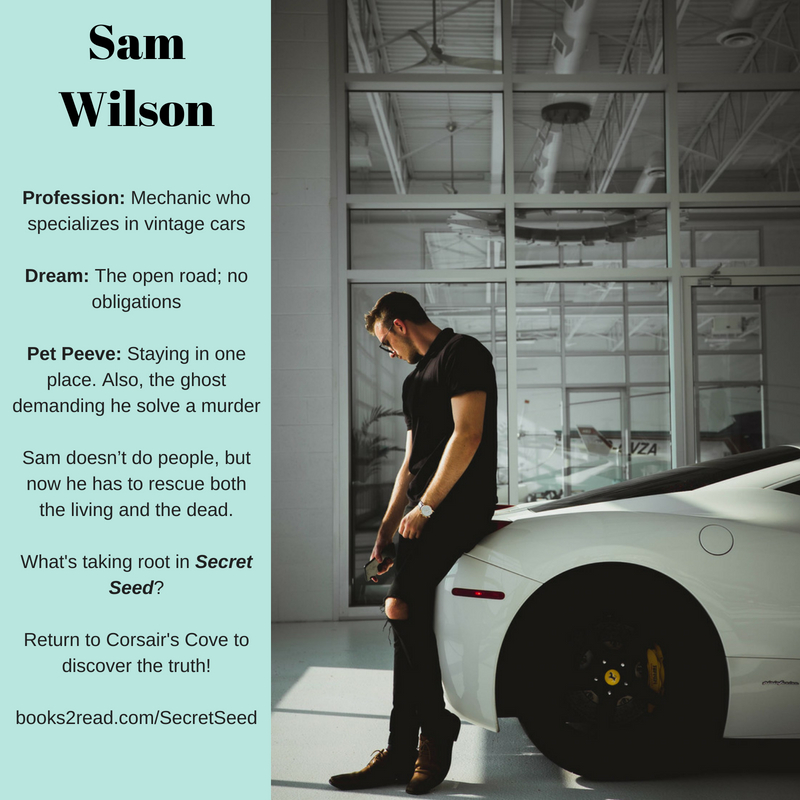 This past weekend the authors of the Corsair’s Cove Collective met for our semi-annual retreat. This involved food, some wine, a lot of note-taking, planning, dreaming, food, and a mild sense of panic as we turned our wild ideas into action 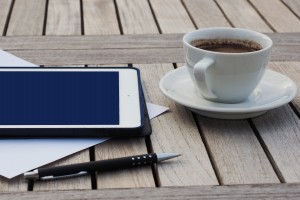 able to-do lists. Did I mention food? Suffice to say that readers will hear more from the Cove in coming months.

As well as storytelling goals, there are many challenges relating to business and technology. This is one of the ways that I truly value this collaboration: I learn stuff. So much stuff about writing, working together, and my own strengths and areas of improvement. I’ve also learning that if I resist something, that’s usually a signal that I need to double down on whatever is making me twitchy. Therefore, I’m setting myself a task: getting conversant with advertising platforms like AMS, Bookbub and others. This is something I’ve deferred “for later” but it’s time to buckle down. I look at this as taking my author journey to the next level. It’s just another way to take control of what happens to my work in the wide universe and I’ve learned my lesson about leaving that up to outside forces.

And, we have many fabulous ideas about things to do with our shared blog, so look for a TON of value coming to our outreach channels. Corsair’s Cove has developed amazing new depths in the last 72 hours. However, if I go into all that here this will be a very long blog.

I can best summarize this whole experience by saying Rachel and I went directly from our meeting site to the stationery store and bought wall-sized erasable calendars to keep track of all our due dates. Then I heard from Shelley, who bought a new journal for just that purpose. Yup, we have plans!

The first snows of winter passed through town this week. The shift in temperature seems sudden, as if the weather gods checked the calendar and turned the dial to “November.” As if that wasn’t enough, posters for holiday craft fairs are multiplying on lampposts and shop windows. Shops are putting up decorations. Even the grocery store seems crammed with extra party food. Christmas is lurking on the horizon.

I am, of course, barely procrastinating about procrastinating when it comes to holiday preparations. I like the season, but I don’t go full Rudolph until much closer to the actual date. I like to ease up on it. Mind you, I got an early start this year courtesy of a writing project.

Did you notice Kiss at the Altar is actually a Christmas story? A Christmas wedding story? Yup. If you’re looking for a first step along the frosty white road to the seasonal spirit, this is as merry as it gets! Here’s a link to find out more about it!

I do these (almost) weekly updates to let readers know where all my various works in progress are at and how soon they will be available. I also do them to make myself accountable because it’s far too easy to get scattered.

Enchanter Redeemed (Camelot Reborn book 4): Did two rounds of edits in very short order, which was exhausting but the book is in the can now. Release date Feb 2018

Fragile Magic: Is up for sale! My first solo indie release!

Kiss in the Dark: Is also locked and loaded and on preorder. Release date is September 30.

Kiss at the Altar: My contribution in progress, with about 2,000 words to go. 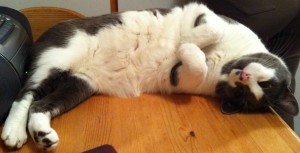 The Demon Lord of Kitty Badness scoffs at stress

Since my long weekend was all about copyedits, I took today off to get other things done. This included a wrangle with Audible and Amazon Author Central, since I had to sort out some longstanding issues with my account. And then there was updating Goodreads, my website, copyright forms, cleaning out the inbox, blah blah. I mention this because it’s the reality of the working author just as much as the writing part. The good news is clearing all that away reduces stress. We can’t all be like the Demon Lord of Kitty Badness, who mocks the stressed-out human slaves.

Cover reveal! KISS IN THE DARK

Cover reveal! Corsair’s Cove alert! I’ll have Kiss in the Dark up on the site soon, but for now here’s a peek at the cover! 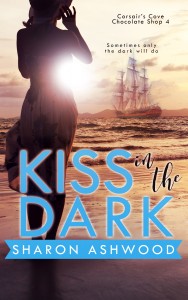 KISS IN THE DARK

The last thing he wants is to rest in peace.

Captain Daniel Blackthorne, the swashbuckling pirate they called the Wolf of the West, was cursed to death by a jealous witch. Since that day long ago, he’s haunted the attic rooms of Red Gem’s Chocolates in sleepy Corsair’s Cove. The rules of the curse are clear: He has until Hallowe’en night to help the women of Blackthorne blood find true love, or his soul is doomed forever.

When Eloise Wilson moves in above the chocolate shop, she’s unprepared for a spectral roommate. Sadly for Blackthorne, she’s terrified of ghosts—and with good reason. Gifted with the Sight since childhood, she’s seen hauntings end in gruesome tragedy. Worse, family and friends think she’s just a pretty young college grad with an overactive imagination. When she finds out her new home is haunted, the last thing she expects is a ghostly captain who rewrote the book on seduction.

But Eloise can’t save his soul until he heals her heart, and Hallowe’en is only days away. Blackthorne is the darkness she fears, even if his touch is as sweet as anything from the shop below. He’s delicious, but he’s dangerous, and Eloise knows better than to taste what she can’t have.

And yet lovers are like chocolate—for some, only the dark will do.

Book 4 of the Corsair’s Cove series is up at iTunes on an exclusive preorder: http://corsairscove.com/?page_id=76

It’s been snowing like crazy, which isn’t usual for February in Victoria. I don’t mind the weather shaking it up. The unexpected makes one look up and take notice of the world, even if it’s just the snow globe beauty of this morning, or the specter of shoveling my way around a corner lot.

It’s a timely departure from my usual rut. I’m in that pause between writing books, if only for a few days. Last week I turned in the final edits on Royal Enchantment, and I have the next thing, a novella, already loaded and ready to hit the page. I need a breather to check the to-do list, shop groceries, make a few social calls, etcetera. More importantly, I need to erase my mental chalkboard and rearrange the furniture inside my head. One set of characters have left, and I need to vacuum before the next arrive.

But I can’t stay away from the keyboard long – I’m wired to work. February is dedicated to drafting the novella, which I expect to be around 25,000 words or basically 10 or 11 chapters. It’s part of a group project, the 4th of a set of 4 pieces. I don’t do these often, mostly because I’ve learned the hard way to look before I leap. This project is different and better, with hand-picked writers and a LOT of discussion and coordination. Which means, I suppose, that I should get started!

I’ve talked about the fact that I’m starting a new Nocturne series and the first book is coming out in February (just in time for Valentine’s!). I’m sure how well I’ve explained it– it’s a contemporary-set paranormal based on Arthurian legend, complete with fae, witches, demons and plenty of magic. There is a respectful nod to medieval fantasy, but I do not stray into true historical territory.

The germ of the idea for this series came to me when I was very young and on my first journey to England. I was deeply impressed by the stone effigies of knights an 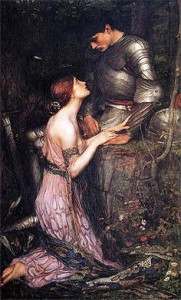 d ladies sleeping on their tombs. At the time, I thought them serene and beautiful and sad and wondered what would happen if I had the power to wake them up. On a much more recent trip through Exeter cathedral, that idea returned with a romantic twist and here we are.

The first book is Enchanted Warrior and its hero is Sir Gawain, the son of King Lot of Orkney and the Isles. He’s stranded in modern times and on a mission to find King Arthur. When he encounters Tamsin Greene, a medieval historian, he believes he’s found someone who can help him. Unfortunately, she’s a witch and he doesn’t trust anyone with magical powers. Mind you, Gawain has a few surprising talents of his own!

The second book is Enchanted Guardian (Lancelot), which will be out in the summer. He’s one of those figures that we think we know, but when I started digging into his legend there were a lot of surprises that I was able to take advantage of.

I’m very pleased with this series – I’ve really had a lot of fun exploring this world. 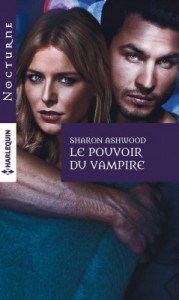 Here’s a link on Amazon.fr

So far that’s the only French edition in the works, but it’s a landmark because it’s the first Ashwood title to be translated into French. Previously, the Dark Forgotten was done (beautifully) in German by Knaur with some of the nicest covers I’ve ever received (check out this page for a look). I’m very, very happy to expand my world domination plans to Paris. Hopefully it’s the beginning of great things! 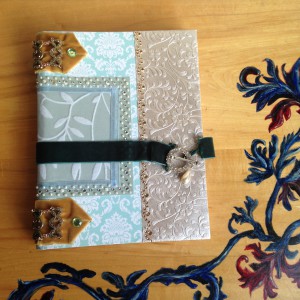 Those who have been following my Horsemen series know that there is a big wedding involved. To celebrate the grand finale of the series, I’m giving away this handcrafted, one-of-a-kind memory book. My favourite feature is the cutaway bird design in the back, but as you can tell there’s not an inch of this cover, inside or out, that doesn’t have something beautiful. To enter to win this treasure, leave a comment below with your favourite celebration memory–it doesn’t have to be a wedding, but just something you’d like to share! This draw is open until July 11, 2015, midnight PST. 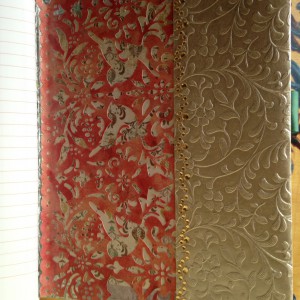 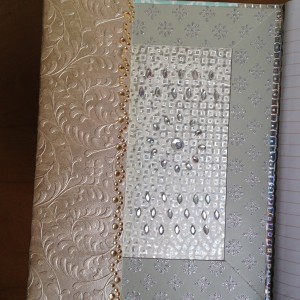 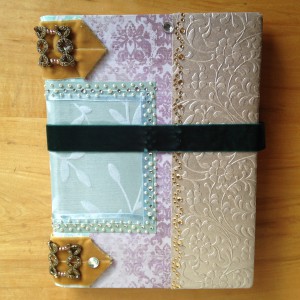 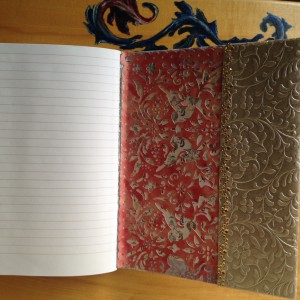 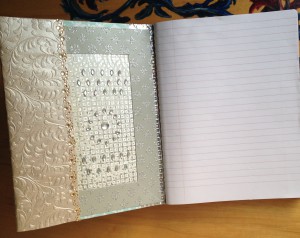