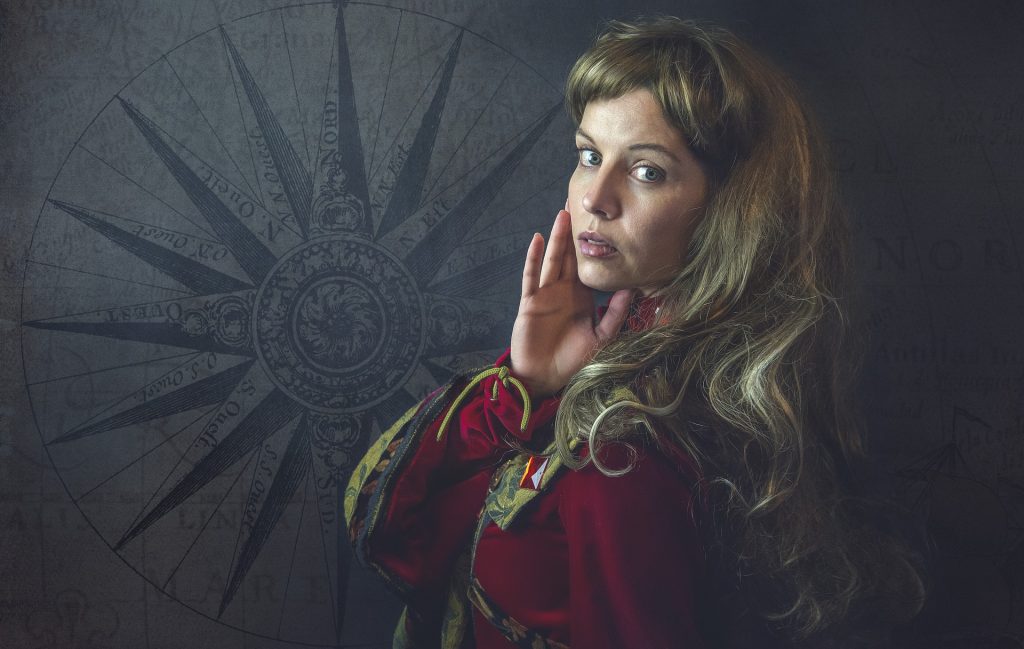 What do you do when your assassin is supposed to sneak across the rooftops wearing a corset, a bustle, and high heeled boots? Setting stories in historical (or historical-like) settings opens the door to any number of head-scratching issues, and wardrobing is just the start.

Since I’m a history nerd, I want to understand the era I’m drawing from both in terms of events and how people saw the world. The characters who walk through our stories are individuals, but individuals are shaped by the world around them. At the same time, a storyteller needs to find their particular sweet spot between an authentic historical setting and a tale that thrills modern readers. When it comes to creating a strong female protagonist, bridging that gap takes some finesse.

Finding role models for our heroines takes a bit of homework, but it’s possible to find female painters, composers, explorers, scientists, activists, intellectuals, entrepreneurs, doctors, and everything else in most time periods. All the same, despite some exceptional examples (Anne Bonney, anyone? Elizabeth Tudor? Joan of Arc?) women in past centuries were frequently banished to a supporting domestic role.

In Western European history—I use this as an example as I’m most familiar with it, but it is far from the only source material available—females were legally under the control of their husband or closest male relative, with little agency of their own. Even worse for the novelist, unmarried women of respectable families were not allowed to be alone with a man who was not a relative—certainly not behind closed doors—and never stirred out of the house without a chaperone. This makes it desperately difficult to have your protagonist spy, sneak, or otherwise get up to mischief. There is a reason widows are common in fiction—it was one circumstance that gave women a degree of freedom. Depending on the marriage contract, a widow might inherit an independent income and property of her own. For the first time in her life, she openly enjoyed a degree of self-determination—but only if she had money. Otherwise, marrying again was better than the alternatives. According to some scholars, during the Georgian era one in five women were in the sex trade just to feed themselves.

Find out what challenges a woman would face in a particular time period and to make good use of those barriers. Showing a heroine navigating constraints builds tension and demonstrates how clever she can be. Whether she outwits Society’s gatekeepers, crushes the opposition, or intentionally blows off convention, pushing back against the world around her will show her character. If there are serious consequences for failure, so much the better for the story.

I’ll add one safety tip: when pitting a protagonist against the conventions of her time, zero in on the exact decade if possible. The definition of socially acceptable behavior changed over time, and sometimes more rapidly than one assumes.  Most associate the nineteenth century with an elderly and unamused queen, but the 1800s stretched from the Napoleonic era with its see-through gowns and ribald Prince Regent through the corseted and moralizing mid-century and onward to those shocking Edwardian suffragettes. The differences are as acute as those between Carolyn Lamb, Charlotte Bronte, and Emmeline Pankhurst. Masked balls went from scandalous affairs to something holiday-makers did for fun. This all makes sense—we have different attitudes than our great-grandparents, after all. We would expect someone looking back on our own century to know the difference between generations, and so would our protagonists.

Once the time period is nailed down, the next question is how faithfully a story will stick to it. A fast-paced adventure will undoubtedly take the heroine out of the drawing room, possibly 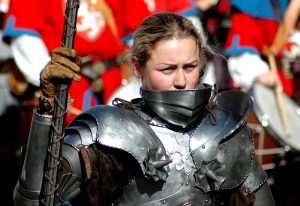 with a loaded weapon.  How the story world is portrayed is entirely up to the author. If the desire is to paint an environment that grants females more agency than was the historical norm, go for it as long as it makes sense with the rest of the society and culture in the book. If this is historical fantasy, are we talking dragons, dirigibles, or full on wizardry? How action-oriented will our heroine need to be? What are the rules of engagement? Is she alone, or are all the cool girls shooting zombies? These factors become the new normal for the heroine and need to be treated just like every other element of setting and backstory. People are shaped by their environments, their circle of loved ones, and the ideas they’ve absorbed over their lives. No maidenly miss is going to wake up one morning and think, “Yeah, I’m going to go kill people” without a LOT of context. But given the right approach, we’ll believe in her.

A really good example comes from George R.R. Martin’s Game of Thrones series. Brienne of Tarth is a female knight and utterly at odds with her culture’s concept of womanhood. She’s physically capable of combat, trains hard, and walks the talk. But however competent she is, she is ridiculed. Her dream comes at a cost and it’s hard. One reason she works so well as a character because we fully understand what’s expected from her, how she’s departed from that, and what it’s cost her. Although she’s unique, she is entirely consistent with the historical setting Martin has created. As with many of his female characters, Brienne believably checks all the action-adventure boxes, but it’s a bumpy road.

To recap, when writing a heroine who is going against the norms of her historical period, tell us why she’s doing it, what the consequences are, and how she justifies her behavior to herself and others. Most of all, be consistent with her background. If she picks up a steam-powered aether gun, how does she know how to use it? Why does she think it’s okay? Has she done it before and will she do it again?  How does she feel about the episode afterward?  Is she forced to redefine who she is once the adventure begins? Most of all, tell us her story with as much emotional truth as you can. Then stand back and let her shine.