The Demon Lord of Kitty Badness has discovered how to open cupboard doors. Which close with a bonk as soon as he lets them go. Repeatedly. At four a.m.

So I stumble into the kitchen to wring his fuzzy neck and discover he’s bowling with muffins.  Glad to know my baking is so entertaining.

It was the perfect ending to day in which a) my iPod dumped all my music b) I spent six hours at the computer trying to convince a demon and a vampire to kiss (what, like they have a right to be fussy?) and c) the reference book I wanted turned out to be $358 used.

On the upside, it is only a 2.5 day work week. I could get used to that, if I could keep the whole paycheque ….

Now you can’t tear up your parking tickets

Apparently the Swedish have now developed a cellulose-fibre paper (dubbed “nanopaper”) that is nearly as strong as steel. It’s made from the usual wood pulp, but treated in such a way that the fine, long fibres retain their strength in processing.

As a writer, I suppose I should think about my words being preserved forever on this amazing stuff.  However, my first thought on reading this was that we would see yet more stupid advertising for ultra-strong bathroom tissue. Cavorting fluffy kittens in Japanese Samurai Armor hacking at the rolls with their katanas. (soft AND strong!!)

What that says about me, I hesitate to ponder.

Is that a system error or are you just happy to see me?

I’ve come across a new word:  transhumanism. Apparently there’s even a World Transhumanism Association. The goal is the ethical use of science and technology to increase human capabilities. An extreme example would be, say, the Bionic Woman.

Why is this on my mind?  There’s a book coming out in September by American author David M. Friedman called The Immortalists that delves into these Frankensteinian delights. He talks about the French surgeon, Alexis Carrel, who worked at the Rockefeller Institute in Manhattan and won a Nobel Prize for his pioneering work in transplantation techniques. Carrel worked with famed aviator and mechanical whiz, Charles Lindbergh, to develop a profusion pump to keep organs viable outside the human body. This was all good work and the foundation of further advances in cardiac medicine. Where it gets weird is when these folks started dreaming of an ideal future where those worthy of immortality (including them, of course) got mechanical body parts so that they could keep on ticking forever.

This isn’t the first thing that comes to mind when I think of Chuck and his airplanes, but consider the time period.  Eugenics was a hot topic in the early to mid-twentieth century, the same era that gave us the rise of the Nazis. Advances in technology, immortality, genetic selection, and the like made a new, improved human race look possible. Somebody was bound to take these concepts out of the realm of philosophy and try them out in the lab. Fortunately, some of the work, like Lindbergh’s, had medical value.

As far as the whole man/machine concept goes, I suppose we’ve got that already with pacemakers and the like. How far we’ll take it remains to be seen, but I’m not an advocate of living forever as a conglomeration of mechanical bits and pieces. The industry would want to computerize their fake limbs and organs, and then we’d get something like Vista. And, hey, I know how helpful help desks are. What would happen when my operating system argues with my anti-virus? I’d get a worm or spam or something and be worse off than I would with ordinary aches and pains. I could have a fatal error.

No thanks.  I’ll just get old, not obsolete.

The voices in your head – again

Here’s an interesting article that ran on Monday in the Daily Telegraph:

The gist of it reads that scientists have been working with MRI scanning equipment to see if they can identify information about what subjects are thinking.  Minute changes in the brain can indicate what a person is looking at, whether they are lying, and some emotional responses. The results are suggestive.  A trip down this particular technological road, says the article, could result in someone eavesdropping on dreams or memory—even long distance.  Employers could screen for fibbers during a job interview. It goes on:

“Another possibility raised by studies of how the brain encodes memories and other information is that these methods could be used by intelligence agencies: a suspect’s brain could be interrogated against their will. “There are obvious military activities and the CIA and so on are known to be interested too.”

And it could be possible to reveal unconscious prejudices . . . raising the nightmarish possibility of interrogation for ‘thought crimes’.”

Of course this is all very yucky and scary, but I wonder about the optimism of evil geniuses who might want to go rooting around in my head. How many useless random thoughts are stored in my head? Will they finally be able to tell me what I did with my lost poetry notebook? How would they know what’s real and what’s just my fantasy life?  Yeah, okay, some of it would be pretty obvious, but I’m just saying …

You’d think the Men in Black would have enough to do with all jabber on the phone and wire taps and internet (hi, guys) without having to sift through the idiocies that DON’T actually make it past our internal editors! 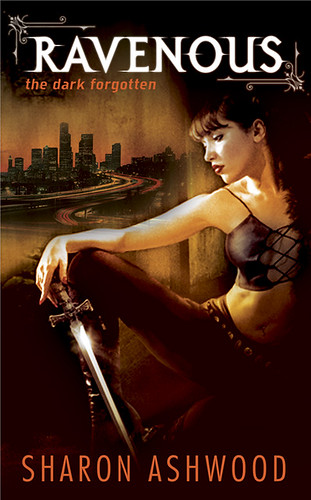 My new web site is still not up, but I got a look at the first design draft this weekend.  Very nice! It’s striking and clean.  I can’t wait for it to be ready.

And …. RAVENOUS came back for edits.  I can tell what I’m doing for the next week or so.  Although there’s not a lot written there by my editor, I want to have a thorough read-through myself. By the time I galloped to the deadline and turned it in, I was exhausted. That’s never the optimum state for polishing. I’ve not looked at it for a couple of months, so I feel much more able to nit-pick with a fresh eye.

Seeing the manuscript reminded me of a bunch of stuff I meant to do in book 2 but neglected to work into the plot. Oops.  At least I remembered it early enough to fix that, or poor Holly would have to wait for the next go-round to solve this particular issue.

What else?  Lots of stuff to do with the business side of writing.  Packaging and promotion is such a monumental part of what authors do, it could be a full time job on its own. I need staff. Grabbing the odd holiday day isn’t enough, at least until I can teach the cats to stuff envelopes.  Sadly, the first thing Evil Kitty did when encountering a neatly tape-and-tyveked envelope was chew holes in it.  Not really the right instincts for good office admin, though perhaps he’d make a decent reviewer.

Good thing for him that he’s cute.